Ros Morley presented our first online workshop featuring duets from the time of Georg Rhau’s Bicinia. Each piece was suitable for playing on tenors and basses, and trebles were able to play the upper lines. After providing background on each duet, Ros played each of the lines so that participants were able to play the other line along with her.

The music for these videos can be found in: All Workshops or below the videos.

These duets are for Treble or Tenor on one voice and Bass on another voice. In some cases, the lower voice can also be played on Tenor.

JOIN US FOR OUR NEXT ZOOM WORKSHOP! 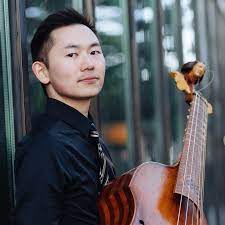 In this class we will explore one of Abel’s Pembroke Sonatas. Although they are not as virtuosic or extensive as his celebrated unaccompanied pieces, they offer an opportunity for an in-depth exploration of the humor and sentimentality often underlooked in music of the Gallant style. Players will have a chance to work on both the solo viol part and/or the bass line as we deconstruct the music to work out stylistic and technical issues. A score will be available ahead of time so that participants can familiarize themselves with the music and play along, as they please.

Please note that you will need to register by February 2nd.

Click here to renew your membership or become a member

Cascadia Viols is a 501(c)(3) non-profit organization and donations are tax deductible. We need donations to cover the cost of bringing nationally known performers and teachers to our workshops, and to provide scholarships to students and others to study the viol.