Welcome to our first online workshop featuring
Ros Morley
Online Zoom
10:00-11:30 am PDT
Duets in the tradition of Georg Rhau’s Bicinia
Luther’s passion for the psalms and his conviction that music was the perfect vehicle for spiritual engagement and growth in school children created a market for a huge repertoire of duets to be published in Germany as the Reformation took hold.  Georg Rhau’s collection of Bicinia was reprinted many times through the 16th century and spawned copycat publications throughout Europe.  This workshop will present a tasting menu of duets in this tradition.  Some of these pieces have been transposed down so that everything can be played on tenors and basses.  Treble viol players will be able to play the upper lines.  There will also be opportunities to play from facsimiles of some of the untransposed pieces and to practice playing form clefs that you need work on.
Saturday, September 12, 2020

David Morris
Online Zoom
10:00-11:30 am PDT
Free for members
$15 for non-members
Skill building tips for the housebound
Even when you’re on your own, there are ways to improve your sight reading and general technique that are fun, painless and sometimes counter-intuitive. I’ll suggest a whole slew of ways to get you ready for the day that you get to read consorts in a live setting once again.
Preparatory session before workshop with Adaiha MacAdam-Somer
Friday, September 11, 2020  at 4:00 PM PDT.
Saturday, October 10, 2020

Alison Crum
Online Zoom
10:00-11:30 am PDT
Free for members
$15 for non-members
We will be offering a supplemental preparatory session with Adaiha MacAdam-Somer on Friday October 9 at 4:00 pm PDT
Playing the dots:  A practice in slow and fast dotted passages
Almost every piece of music includes dotted notes, in many different contexts, and at all sort of speeds. Having a viol bow in your hand makes the playing of dotted notes much harder than one might think!
This workshop is all about how to play dotted notes, depending on the musical situation and style. We will look at several short extracts drawn from the standard English consort repertoire, including some early pieces by Mundy, Gibbons, Byrd, Ferrabosco I and Tye, and then some later examples of music by Ward, Jenkins and Purcell.
For some examples we will all play in unison (or octaves), and music will be provided in four clefs.
For others you will be able to choose whichever line(s) of the score suits your instrument, and we will discuss the needs of each part.In between working on these various examples, Alison will talk a little about various different bow holds, and we might even do a bit of plucking, since this often clarifies the rhythm and enhances the effect of dotted notes.
Saturday, November 14, 2020

Joanna Blendulf
Online Zoom
10:00-11:30 am PDT
Free for members
$15 for non-members
Joanna will also be offering a one-hour supplemental preparatory session on Friday  November 13 at 4:00 PM PST
The Tuneful Senfl
After a brief introduction to Ludwig Senfl (1486-1542/43) and his music, we will go through some of his more famous tunes together (Ach Elselein, Es taget, Ich stund an einem morgen) as a warm-up. We will then venture into Senfl’s masterful mashups (quodlibets) by playing two tunes together at the same time! Next, we will look at Senfl’s trickier counterpoint in his untexted Carmens and Tandernacs. We will hone our bowing strategies and articulation using exercises adapted from those pieces, to help bring more “zen” into your “Senfl”!!
Saturday, December 12, 2020

Banish the winter blues and immerse yourself in a sumptuous array of English Renaissance consort music for the season from Court, Church, and Village Square by Weelkes, Tye, Morley, Byrd, and Holborne.  Focus on phrasing and articulation; music in two to five parts.

Brent will lead us in a session on physical techniques for allowing your bow to make some sounds and shapes you may feel but want to make more audible. We will also consider some basic music theory and style concepts that might help you make more choices about which moments in a melody or bass line are the ones you want to express.
Saturday, February 13, 2021

This workshop will provide technical preparation for tackling the Grounds of Christopher Simpson, and an approach to using them to elevate your technique.

The first half of this class will include right and left hand exercises to prepare for the challenges of Simpson. In the second half, Cathy will present ways to use Simpson as a teacher.

The workshop will include several sections:

Looking up from the music
The ability to look up from your part to communicate and co-ordinate with your fellow players is essential. In this video, you’ll play the Tenor 1 part – music has been supplied to allow any instrument to play the part; treble, tenor, or bass.

No Two Notes Alike: Making shapes
Creating unified phrase shapes is essential in consort playing. This is especially the case in dance music, which has clear rhythmic direction. It’s very important to give each note a purpose or function so that no two consecutive notes ever sound the same – each note has something different to say.

Finding your role in the group
Identifying structure, both large scale and on an individual level, will help unify the sound, expression, and ensemble of the consort. Each player must balance their individual and group roles.

Some fun to finish: Mr Picforth’s In Nomine

Martha McGaughey
Online Zoom
10:00-11:30 am PDT
Free for members
$15 for non-members
We also offering a supplemental preparation session on Friday April 9, 4-5 PM PST, led by Adaiha Macadam-Somer.
Taking Time Without Losing Time: Articulation in Duets
Play both parts of duets from the very simple to the less simple with Martha McGaughey. Music by Tallis, Locke, Gibbons, Blavet, Schenck, and Couperin.
Saturday, May 15, 2021

Elisabeth Reed
Online Zoom
10:00-11:30 am PDT
Free for members
$15 for non-members
Circular Attention – Fun with Rounds and Canons
Perhaps you remember singing rounds at school or on long car rides as a child I remember being confused the first time we stopped singing in unison and began to sing parts. It was initially hard to stick to my own part when someone else was singing the same tune but not at the same time. Gradually, I was able to hear myself and also enjoy the relationship of my part to the other part. This ability to pay attention to several things at once is a fundamental building block of good chamber music playing. Adding layers of complexity is a challenge and it can be illuminating to notice how and when our attention breaks down. For the workshop, we will pay attention to how we sit, breathe, and physically relate to the instrument. We will play in unison first and finally in canon (with me on the Zoom) and see what happens! 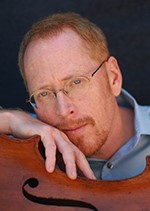 Sarah Cunningham
St Michael & All Angels Church
1704 NE 43rd Avenue
Portland, OR
Making the Fantasy Real: Technical and musical elements of shaping the line
Click here for more details about the workshop topic
Sarah teaches viola da gamba and historical performance at the Julliard School as well as at various summer academies. Her passion is for improvisation in free and early styles.
Saturday, May 9, 2020 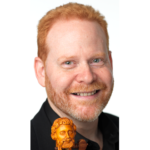 Larry Lipnik
St Michael & All Angels Church
1704 NE 43rd Avenue
Portland, OR
ALL YE THAT JOY IN WAILING: Michael East, Thomas Morley
and the anglicization of the Italian madrigal.

Larry Lipnik explores a wide variety of disciplines and musical styles, on gamba, recorder and as a vocalist; a founding member of Parthenia and Lionheart, guest of The Venice Baroque Orchestra, New York City Opera and contributor to the Cambridge Guide to the Worlds of Shakespeare

Ros Morley
Trinity Episcopal Cathedral
Portland, OR
Family Affairs
Examining the work of different generations of composers from the same family can often give us a special glimpse into important stylistic shifts or fashions.  Among the musical dynasties in the 16th and 17th centuries are several who wrote music specifically for viols (or for strings in general) and whose music is wonderful to play.  This workshop will investigate the music of several pairs of family members such as the Venetian uncle and nephew, Andrea and Giovanni Gabrieli,  and two dynasties whose members worked in both Italy and England, father and son, Ferrabosco I and II, and cousins Giovanni and Jerome Bassano.
Saturday, November 10, 2018:

Mary Springfels
Trinity Episcopal Cathedral
Portland, OR
Music for Elizabethan homes and chapels, including pieces by Thomas Tallis and Robert Parsons.  Apt for viols and voices, if anyone cares to sing.
Saturday, February 9, 2019    POSTPONED DUE TO WEATHER
We will include this workshop in our 2019-20 season.

Overuse of comfortable bowing habits can mean that we narrow our options for more varied musical expression. Being more aware about how we choose to use the bow will likely enhance the musical experience for everyone. In this workshop, we’ll investigate the range of choices available to us.

Click here to join Cascadia Viols, or renew your membership

Cascadia Viols is a 501(c)(3) non-profit organization and donations are tax deductible. We need donations to cover the cost of bringing nationally known performers and teachers to our workshops, and to provide scholarships to students and others to study the viol.